Description: Artificial intelligence is becoming increasingly more common in the workplace. In this seminar you will learn more about the background and how AI technology is being used in simulation driven product development. AI has the potential to offer great advantages over the competition, and machine learning puts all of the information into focus. Sign up to see how machine learning meets the energy industry design challenges of tomorrow.

We focus on helping our clients shorten development time by providing the following deliverables: 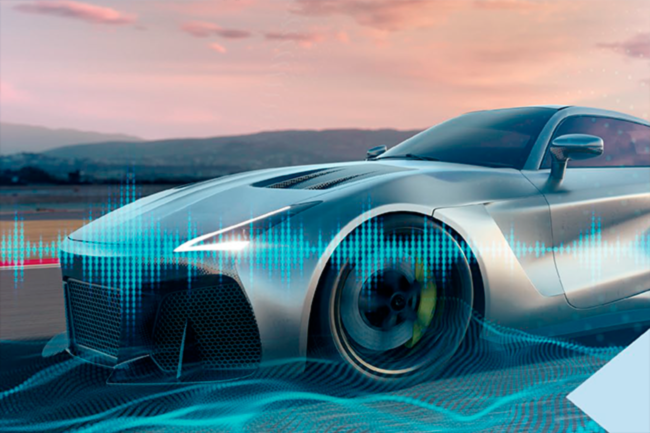 Since the invention of the automobile, OEMs have been challenged with designing vehicles with both the right engine sound as well as a quiet cabin to travel in. As electric vehicles (EVs) become more and more popular, the traditional NVH challenges in vehicle design are radically changing. The NVH behavior of electrically driven vehicles differs significantly from conventional automobiles. In general, electric vehicles are much quieter, which at first would seem to be an advantage for NVH engineers. However, electric vehicles generate vibrations and noise that are different from those generated by internal combustion (IC) engines; noises and vibrations that unfortunately are in a more unpleasant frequency range for humans. While internal combustion engines generate sound and vibration primarily in lower frequencies, with the majority between 20 and 600 hertz, electric powertrains generate sound and vibration up to 10,000 hertz and more.

NVH engineers know that vibrations and sound can be transmitted into the interior of a vehicle as structure-borne or airborne noise, especially when using stiff, lightweight structures. With an EV those sounds are exacerbated due to the lack of masking by the combustion engine. Previously unheard noises are now front and center: rolling and wind noises or noise sources that previously did not register at all, such as the air conditioning compressor, are now clearly perceptible in an electric vehicle. Since NVH
behavior plays such a major part in influencing the driver’s perception of a vehicle, NVH engineers face high stakes in their efforts to achieve the specific brand DNA that meets the buyer’s expectations for that car or vehicle manufacturer.

But how to meet brand and customer NVH expectations on electric and hybrid vehicles within the development of a car? This article
outlines the challenges NVH engineers face today and illustrates how driving simulators can be used to accelerate automotive NVH
development to provide NVH engineers with conclusive results in already early design phases. 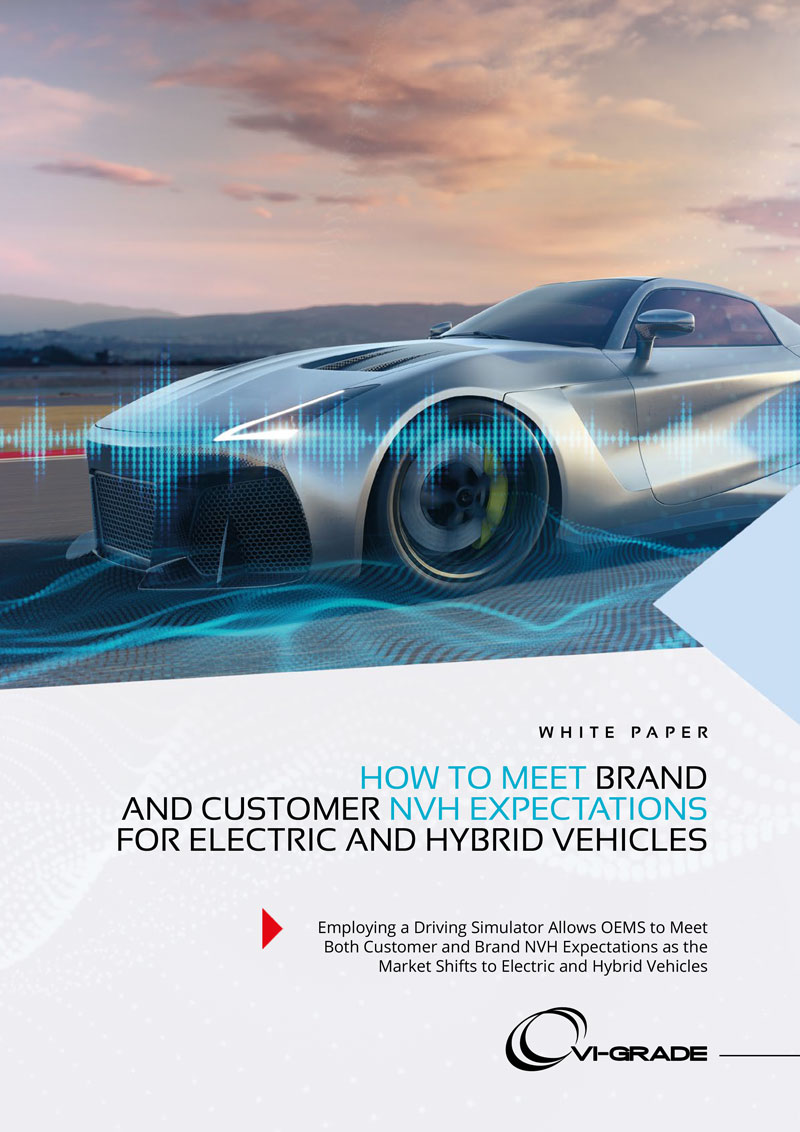